THE SCIENCE OF SNOW AND THE FERNIE ALARM CLOCK There are many things to enjoy about winter in Fernie from fantastic outdoor activities to the beautiful views in every direction, to relaxing in a hot tub as snowflakes fall all around. The thing that ties them all together is snow; champagne powder, fluff, snice, pow pow, chowder, neige, sneeuw, schnee, snø, unatsi – whatever you call it, the white stuff is what winter in Fernie is all about, and when it comes in the form of a snowmageddon, all the better. But what is it? Snow is precipitation in the form of ice crystals. It originates in clouds when temperatures are below the freezing point, when water vapor in the atmosphere condenses directly into ice without going through the liquid stage. A snowflake is a coagulation of several snow crystals. Crystals can have a diameter of less than .25cm up to .5cm, whereas snowflakes may have a spread of 5cm or larger. Large snowflakes are composed mostly of interlocked stellar crystals, the most recognizable type of crystals, star shaped with branches, usually occuring during quite cold temperatures (-15C) when there is little wind. Columns and needles are thin, small, needle shaped crystals, common when there is a temperature inversion. Graupel, which looks like tiny styrofoam pellets, presents as heavily rimmed particles or soft hail and is created as supercooled water funnels up into the clouds and bonds to the snowflakes as they fall. Cold clear nights create surface hoar, big sparkling feather-like crystals. Prolonged cold changes snowflakes into sugar-like crystals that do not stick together. When layers build up on mountain ridges these are known as cornices, and the top layer, when it becomes frozen by repeated exposure to melting sun and freezing temperatures, is called the crust. As snow falls over time, this forms the snowpack.

The study of snow and avalanches is an exciting world where science meets nature. By carefully recording and analysing the snowpack, weather, and environmental conditions, avalanche technicians can predict avalanches and prevent dangerous circumstances. Technicians dig snow plots to examine the layers in the snowpack. Weak layers are formed when a loose layer, like hoar or graupel are buried under a thicker, heavier layer. As the new snow settles, with time and moderate temperatures, the crystals will stick together and become a thick cohesive layer. On flat ground the “layer cake” of the snowpack will stay upright, but if a slope is steep enough, the layer cake may break off at one of the weak layers and create an avalanche. Rounds – bonded snow crystals – usually form stable layers within the layer cake, while facets – square crystals that do not bond well – can create weak layers. Discover more about avalanche science in the Fernie Museum’s winter exhibit ‘The Dragon Chasers’ and at Avalanche Days, usually held annually in January. The ‘Fernie Alarm Clock’ is heard regularly throughout the winter, whenever the safety team at Fernie Alpine Resort sets off the early morning avalanche bombs to bring down heavy snowfall at the top of the mountain to create safe conditions. The sound of the bombs echo off the headwall and resonate all the way into town where they compete with the horn of the CP coal trains rumbling through town, which echoes back from the railway tracks. Discover more about the science of snow in the Fernie Museum Winter 2021-2022 Gallery Exhibit: The Dragon Tamers, featuring Land of Thundering Snow from Revelstoke Museum and Archives. 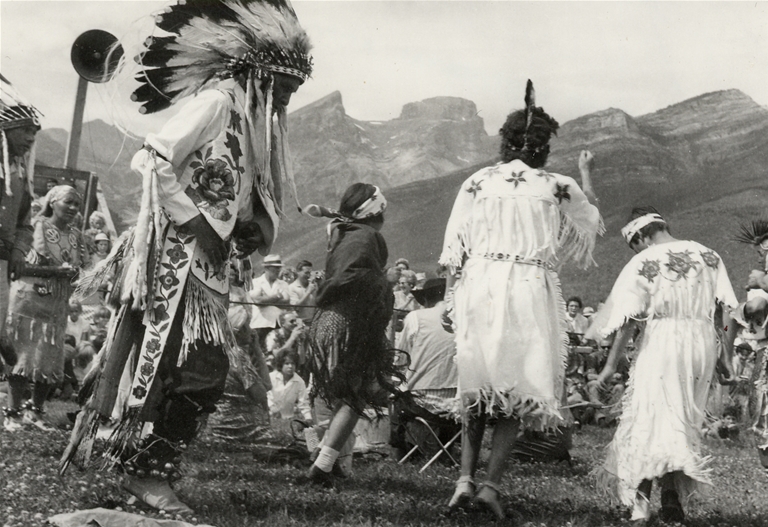 For more than 10,000 years, the Ktunaxa people have occupied a vast traditional territory that includes the Elk Valley.