In 1851, 14-year-old William Fernie set sail from England for a new life in Australia. There he began the career that would eventually lead him to Southeastern British Columbia and the untouched coal fields that would be his legacy. Lured to Australia by tales of the Victorian gold rush, he quickly found work in the booming mining town of Bendigo but just 4 years later he set sail again and for several years worked as a quartermaster on the United States Mail Steamer to South America. He arrived in British Columbia in 1860 and worked in mining in the Cariboo region, eventually being appointed Gold Commissioner in 1873.

Serendipitously, 1873 was the year that Michael Phillips made his first significant foray into the Elk Valley, and the first recorded trip along Michel Creek through what is now known as the Crow’s Nest Pass. Phillips returned the following year with Jim Morrissey and others on a well- provisioned prospecting expedition. The party crossed the Elk River and discovered coal in abundance; however, the treasure they sought was gold and coal was of little interest at the time. “Woods and I went over the divide on foot to the Michel Creek waters, but could find nothing but coal and coal everywhere. We spent many weeks up Elk River, but failing to get out of the coal formation we turned back and went towards the head waters of the Flathead River.”

Michael Phillips, also originally from England, came to the region by a more direct route than William Fernie, arriving at the Tobacco Plains outpost of the Hudson’s Bay Company in the 1860’s. Although the company pulled out of the region shortly after his arrival, Phillips saw the potential of the area and stayed, thoroughly learning the Ktunaxa language so he could communicate with the local population. He married the daughter of the Tobacco Plains Chief and eventually started a ranch where they raised twelve children.

Although Phillips maintained his interest in gold and was a successful trapper, rancher, and builder, he also saw the potential in his coal discovery. He sent a sample, along with a hand- drawn map of the Elk Valley, to a Dr. Dawson, and elicited the assistance of then-MP R.L.T. Galbraith to secure funds to cut a trail through the newly- discovered Pass. Phillips was keen to establish the trail and secure a cattle- trading route to Fort MacLeod as the “mines at White Horse had gone down to a low ebb.” William Fernie dismissed the idea, citing that “the Indians say there is no pass, and there is no use spending money to make a trail to nowhere.” His brother, Peter Fernie, was equally dismissive, saying of one of the coal seams “If that’s your coal I don’t think much of it.” Although it took several more years, Michael Phillips, along with William Ridgeway, eventually did blaze the trail all the way through to Fort MacLeod.

At some point in the next decade, William Fernie had a change of heart about the potential of the coal seams. In 1886, he formed a syndicate with his brother Peter, local MP Colonel James Baker, and his son V. Hyde Baker, and the Hon. W.F. Aylmer, following a thorough study of the coal outcroppings in the Pass. The following year, he led a prospecting party and staked out 10,000 acres of land around the Michel, Coal & Morrissey Creeks, each of which flow into the Elk River. Applications for railway lines quickly followed, and rail links to Cranbrook were established by 1898. The MF&M (Morrisey, Fernie and Michel) Railway was added in 1900 and Fernie was incorporated as a city in 1904.

William Fernie retired to Victoria where he became well known as a philanthropist. He died there, a bachelor, on May 15, 1921. Michael Phillips lived out his life with his family on his ranch in Tobacco Plains. He died on June 22, 1919 and is buried in Roosville with his wife. 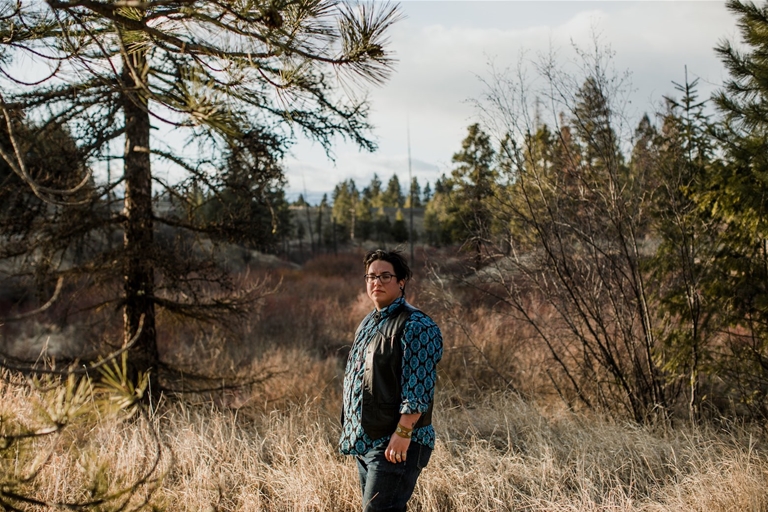