The fire that decimated Fernie in 90 minutes.

“Fernie will rebuild. Fernie is populated by a people that is possessed with that indomitable western spirit that knows no such thing as failure, but continually follows the loadstone of success. Although there have been many distressing incidents, many losses, and many sorrowful cases of family distress, yet all will arise to the emergency presented and come out stronger and better than ever.”

The Great Fire of 1908 was a dramatic, defining moment for Fernie that saw the community obliterated by fire in less than 90 minutes on August 1st, 1908. The fire claimed no lives, but the property loss was valued at over $5 million dollars, a staggering amount at the time. It was the second major fire in four years. In 1904, a fire destroyed much of Fernie’s commercial core and led to the incorporation of the City of Fernie and the formation of the Fernie Fire Department.

The efforts of the firemen were no match for the 1908 firestorm; they surrendered where The Brickhouse Bar is today. People fled for the river. A Great Northern train passing through Fernie rescued many and took them to Hosmer. Surprisingly, over 16 homes survived, all at the far west end of Fernie. The Crow’s Nest Pass Coal Co. offices (Fernie’s City Hall today) also survived and became the place where refugees from the fire could obtain food and clothing. Nearby towns offered shelter, and supplies came from across Canada.

Reconstruction of the town quickly began and was largely completed by 1910. A number of the buildings were built from locally produced yellow brick. Many of the buildings seen today along Victoria (2nd) Avenue were restored in the 1980s with the assistance of provincial grants. 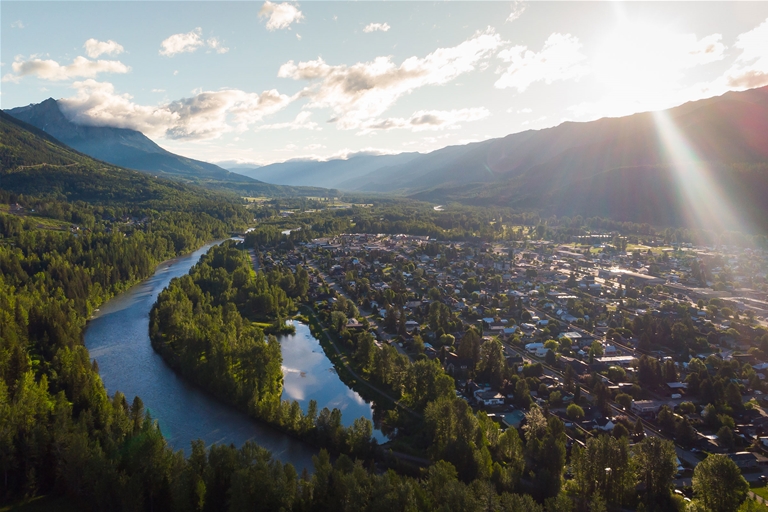 Featured: Environment | The Energy of Fernie

If you have ever spent time in Fernie, you know that it is an incredibly special place.